Pictures begging for a caption.

My dad tells me that these pics have been going around the internet for a while, but this was the first time I've seen then, thanks to EMH. They're pictures of sea creatures that were washed up on shore following the tsunami last year in southeast Asia; they live approximately 3 miles under the sea. 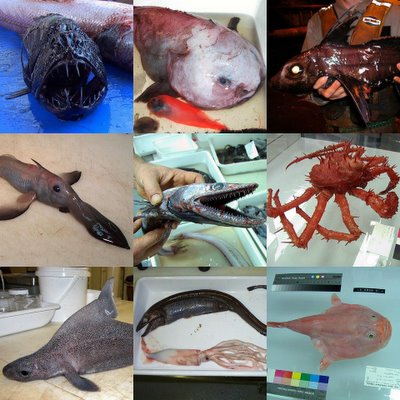 EMH improved my Nemo idea with, "Finding What Ate Nemo."

Any more ideas? I'm thinking there's got to be some potential with songs from The Little Mermaid...

UPDATE: I was also thinking that James Herriot probably didn't have these animals in mind when he wrote, "All Creatures Bright and Beautiful."