A little working in the yard/garden (wearing slathers of sunscreen to avoid the type of sunburn that I got at this time last year and of which I still bear the scars)...
Watched a few good movies...

Speaking of gourmet cooking, I was inspired by Bella Martha and a book called Heat that my brother gave me and that I've been enjoying immensely (it's about a restaurant in NYC called Babbo and its flamboyant chef -- you may have seen him on "Iron Chef" sporting shorts, orange crocs and long red hair -- and the author does a great job of weaving in history, politics, personality, culture and the science and art of cooking into a fun story). So, based on that inspiration, I tried out cooking some fun new food (results of some are still pending)....

Found some fun new music (it plays twice in Bella Martha): Via Con Mi, by Paolo Conte ('swonderful, 'swonderful).
Had a good time with several friends ...
And took a drive through the newly opened Beartooth Pass -- to be reminded what an amazing part of the world God's blessed me to live in! 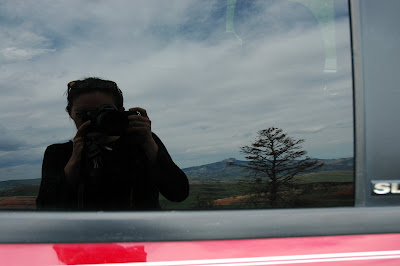 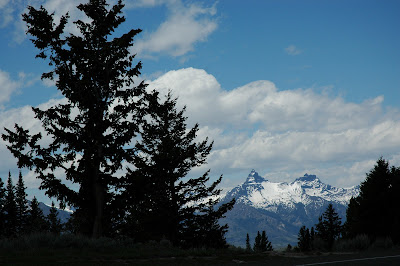 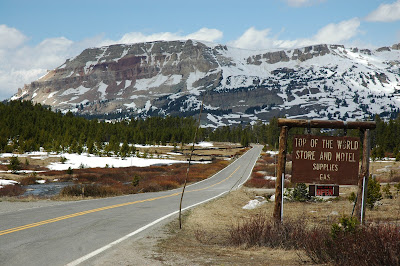 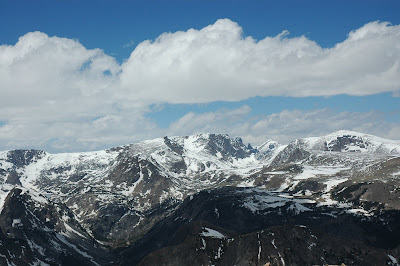 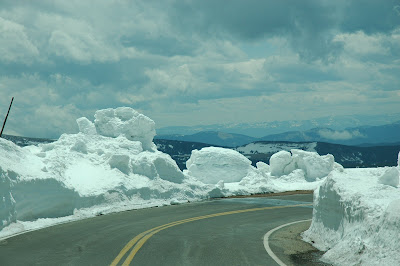 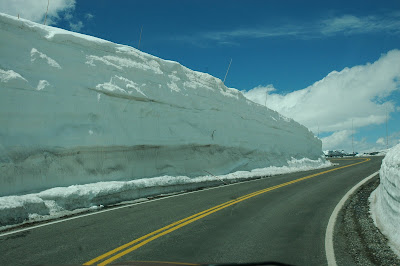 It's hard to see perspective in this picture, but if I were standing next to this snow cut, I would only come up to the first line that you can see -- less than 1/3 of the way up! 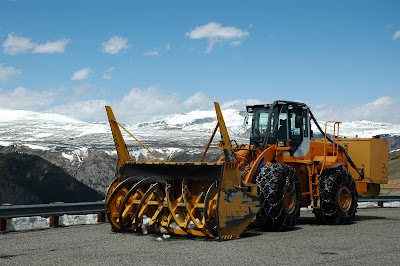 And this is the machinery that they use to make those snow cuts -- the SUV I was driving was about as tall as this puppy's tires.
Speaking of puppies, I think they had a good weekend, too :) 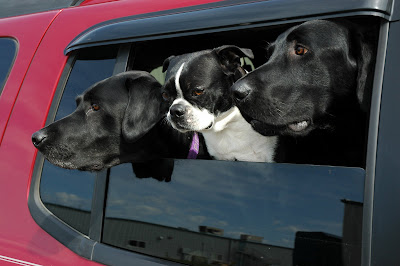 Sounds like a fun weekend! Bella Martha is one of my favorite movies, only I can't get over calling it Mostly Martha, since that's what it was introduced to me as. I guess the translators thought alliteration was more important than the literal meaning?? Weird, now that I think about it.

I've thought Heat sounds like an interesting book for a while now, but am too cheap to buy books I'm not sure I'll like. :) Thanks for giving me a reason to finally read it!

Your butternut squash ravioli sounds delish! (Just kidding...I don't every seriously quote Rachael Ray, but she's the only TV food personality I know. The raviolo does sound good, though.)

Great pics, as usual, but again I will ask: Were some of those pics taken WHILE you were driving??? :)

Amanda: you're welcome to borrow Heat from me when I'm finished with it -- then you wouldn't have to buy it at all!

Won Ho: No, none of THESE pictures were taken while I was driving, :)although some of them were taken out my car window. The road in this area is way too curvy and perilous to shoot pics while driving. The traffic was light enough, though, that I could often just stop in the middle of the road and snap my pic.

Molly, thanks so much for posting these pictures. Our home is magnificent, isn't it?

Yes, Melodee -- but the pictures you've recently posted of Scotland are pretty fantastic, too ... just a different kind of beauty!

Thanks, Molly - borrowing it would be even nicer. ;) That reminds me, though, I need to finish "African Friends and Money Matters" and pass it on to the next person (or give it back)!