Having recently read the article "Christianity and Violence" by Miroslav Volf, his comments created an interesting juxtaposition in my mind as I toured the Museum of the Inquisition in Lima: 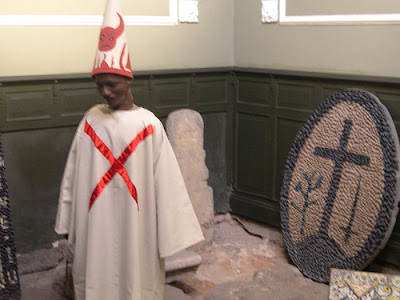 "As did key Enlightenment figures, many contemporaries see religion as a pernicious social ill that needs aggressive treatment rather than a medicine from which cure is expected. Did not the perpetrators of the 9/11 terrorist attack appeal to religion as the primary motivating force for their act? In the recent war in the Balkans, did not the Serbs fight for the land on which the holy sites of their religion stood? Is not difference between Catholicism and Protestantism at the heart of the civil war in Northern Ireland? Is not religion a major factor in clashes in India? The contemporary resurgence of religion seems to go hand in hand with the resurgence of religiously legitimized violence—at least in the public perception. Hence, the argument goes, it is necessary to weaken, neutralize, or outright eliminate religion as a factor in public life." 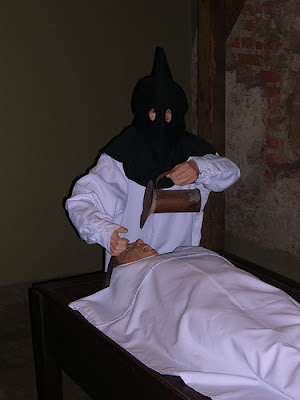 "In this lecture I will contest the claim that the Christian faith, as one of the major world religions, predominantly fosters violence, and argue that it should be seen as a contributor to more peaceful social environments. This may seem a bold claim. Lest I be misunderstood from the start, let me clarify my thesis. I will not argue that the Christian faith was not and does not continue to be employed to foster violence. Obviously, such an argument cannot be plausibly made. Not only have Christians committed atrocities and engaged in less egregious forms of violence during the course of their long history, but they have also drawn on religious convictions to justify them. Moreover, there are elements in the Christian faith, which, when taken in isolation or when excessively foregrounded, can plausibly be used to legitimize violence." 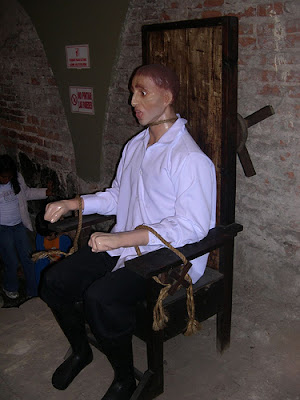 "Second, I will not argue that Christianity has been historically less associated with violence than other major religions. I am not sure whether this is or is not the case, and I am not sure how one would go about deciding the issue. I will leave these important but difficult questions unaddressed." 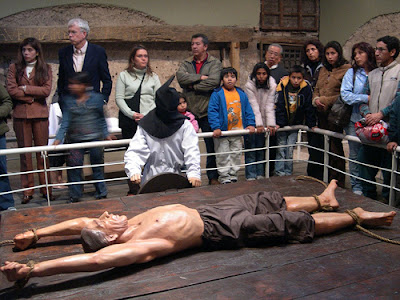 "What I will argue is that at least when it comes to Christianity the cure against religiously induced and legitimized violence is almost exactly the opposite of what an important intellectual current in the West since the Enlightenment has been suggesting. The cure is not less religion, but, in a carefully qualified sense, more religion. I don’t mean, of course, that the cure against violence lies in increased religious zeal; blind religious zeal is at the heart of the problem. Instead, it lies in stronger and more intelligent commitment to the faith as faith. In terms of how Christian faith is conceived, my thesis is this: The more we reduce Christian faith to vague religiosity which serves primarily to energize, heal, and give meaning to the business of life whose content is shaped by factors other than faith (such as national or economic interests), the worse off we will be. Inversely, the more the Christian faith matters to its adherents as faith and more they practice it as an ongoing tradition with strong ties to its origins and with clear cognitive and moral content, the better off we will be. “Thin” but zealous practice of the Christian faith is likely to foster violence; “thick” and committed practice will help generate and sustain a culture of peace. This thesis amounts to the claim that approaching the issue of religion and violence by looking at the quantity of religious commitment—more religion, more violence, less religion, less violence—is unsophisticated and mistaken. The most relevant factor is, rather, the quality of religious commitments within a given religious tradition."

For a little bit more info on the Inquisition in Peru, you can visit this site ... or Google it yourself, because that's all I did! :)
Posted by Molly at Wednesday, August 15, 2007