Those of you who know Callie know that she has a teeeeeensy bit of an obsessive personality. And that I'm not exaggerating at all. Well, HH discovered that Callie kinda goes bonkers over large balls -- he first discovered this with my medicine ball, but I decided that a huge, pricey ball probably shouldn't be a dog toy, so we picked her up one of those big $2.99 balls at Walmart. At least once a day, we let her push it all over our upstairs, and by push it all over, I mean that she chases it like the mad woman she is and doesn't let anything get in her way -- she knocks down chairs, knocks things off of tables (she loves to get her nose under it and get it up in the air), she actually runs over sleeping Migo with it.
Anyway, we took her out with it in my parents' backyard last Saturday and captured the result on camera. It was hilarious (video will hopefully be forthcoming because the photos -- while good -- don't really capture it all). I finally got a chance to upload them tonight because dear HH is out talking politics over beers, and I'm having a blissful, politics-free evening, just as (imo) life should be. 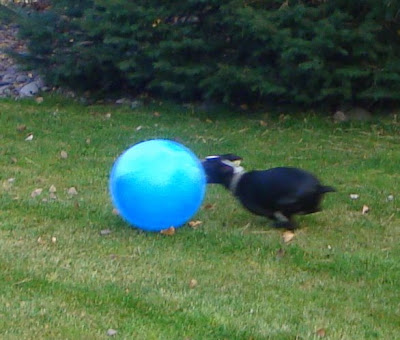 She actually chases it in such tight circles that she gets her nose under it and lifts it up off the ground.
And then you kick it and she chases it full-bore: 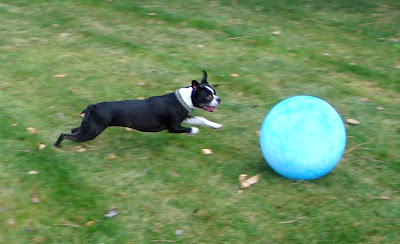 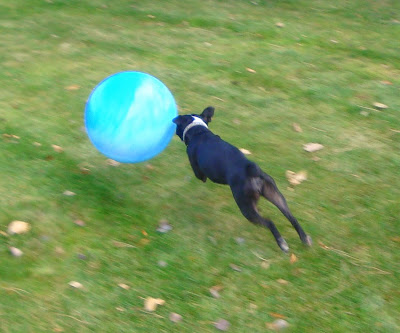 Probably the funniest is when you gently toss it in the air. She'll bounce it off her nose, sometimes REALLY high. 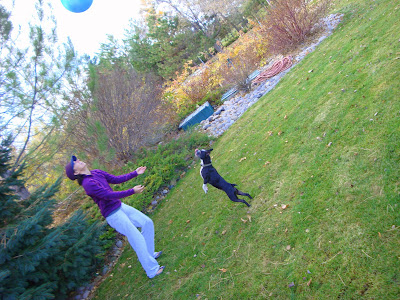 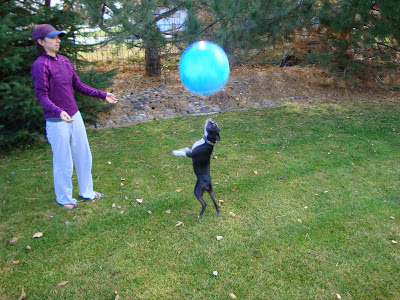 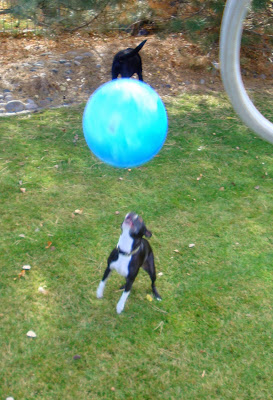 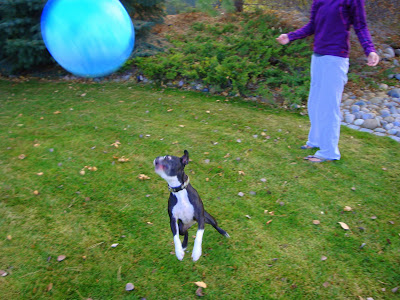 We eventually have to put the ball away and make her stop; she would chase it until her tongue fell off. 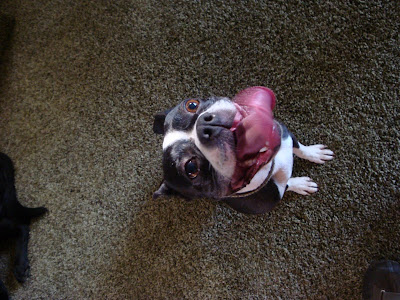