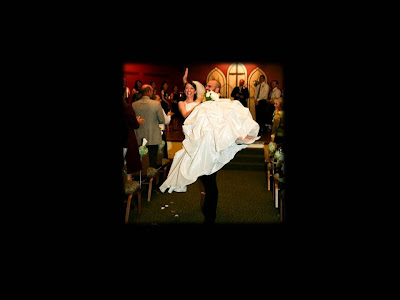 So, after our purchase of the delicious beer brittle, I set about trying to make some on my own. I've never really done the candy-making thing before, besides caramel corn (which I now realize is ridiculously easy in the world of candy), so it was a somewhat daunting challenge for me.

CORRECTION: It should have been a daunting challenge, but I didn't know what I was getting myself into.

The first recipe I tried was difficult for two reasons: first, it was an Australian recipe and required conversion of the quantities. Secondly, it called for cooking the peanuts in the syrup until it was all absorbed (INTO the peanuts, and then baking them as they got crispy). They never got crispy, and soggy peanuts are disgusting. Well, correction, after about 5-6 hours of baking on low, they finally got crispy and were a bit of a hit mixed in with my (super easy!) caramel corn, but I can hardly call something that I need to bake for 5-6 hours more than the recipe requires a success. Besides, it was more like beer peanuts than peanut brittle, so I went back to the drawing board.

The second recipe I tried has great flavor, but it failed to harden. Which is key in making "brittle." I figured I hadn't cooked it long enough, so after laying it out on the pan, I threw it in the oven for a few hours (see "how I salvaged batch #1 above"). It didn't brittle-up. HH LOVED the flavor, dubbed the gooey mixture "jupiter bars" and ate quite a bit anyway. I used up the last of it last night by microwaving it and pouring it over sliced apples. YUMMY! And? It hardened up after a couple minutes in the microwave, so we were eating beer-brittle-drizzled apples.

That "success" spurred me on to try again. (Admit defeat? Who me? No way!) This time, I'd purchased a candy thermometer and had read a variety of recipes that said I needed to get my brittle up to somewhere around 295-300 degrees in order for it to work. So I stirred, and stirred, and stirred, and stirred and watched the thermometer eek its way up to 300. It took a long time, but after I stirred in the peanuts and baking soda, that sucker was hard before it hit the pan! I think next time I'll aim more for 295 than 300 degrees; it sort of lacks the porous crunchiness that we normally associate with peanut brittle.

BUT, the brittle is a big hit with HH and around the office today. This time, I made it with a wheat beer, and the syrup tasted almost like honey (spicy honey, thanks to the chipotle powder). I think I'd like to try it with a variety of different beers, but I'm feeling much more confident now thanks to my trusty candy thermometer!

Male members of the family, behold your Christmas gift!

(btw, the picture above is in celebration of getting our professional wedding photos back today, yay! I posted a link on my facebook page, but let me know if you're not on FB and would like to have a look!)
Posted by Molly at Friday, December 05, 2008

Molly, my annual caramel recipe from a friend originally said 'boil ingredients for 20 minutes' heh-heh-heh...leaving me with figuring out the burner heat, when the boiling began, etc. Occasionally, we had caramels you could eat with a spoon, as I was so cautious of not wanting hard caramels.

Anyway, for the last 10 years or so, I have used a BH&G recipe, which listed a 'soft ball stage' temperature to reach, and faithfully use a candy thermometer, as there are too many pricey ingredients in my double recipe for caramels.

Lastly, I have a Dutch oven pot that is used each year, and I persevere through the stirring, stirring, stirring you mention so the batch doesn't burn on the bottom of the pan -- with the end goal of pretty quick and easy couple of pans of great caramels for family and friends. Trade you for your beer brittle :)

Hey Molly, I agree it was great to get to chat with you last night, I hope we get more opportunities. And I will be sure to tell all about the Rita concert on my blog.... :)