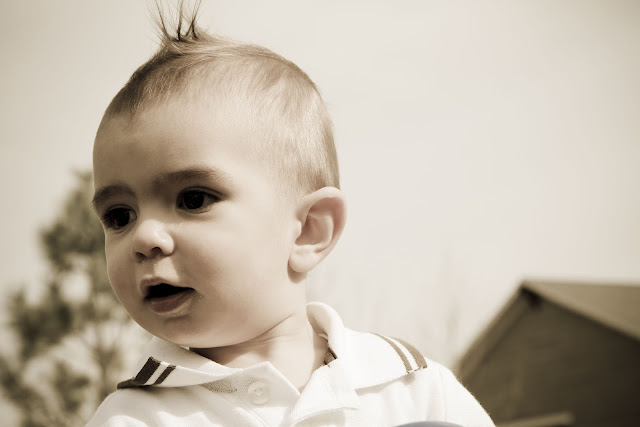 It’s been a while since I’ve written to you like this, but there is just so much of you at this age (16 months) that I want to capture, I feel compelled to sit down and write. 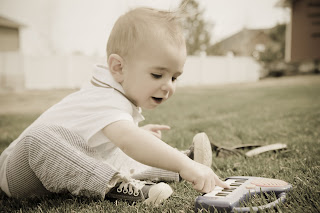 You don’t say any real words yet; you mostly say “da” (which can be either a question or a statement), with an occasional “ga” thrown in. But you will speak entire “sentences” like that, and we can’t wait to find out what you’re trying to communicate. You have an impressive knack for imitating sounds, especially a dog yipping, but also musical instruments and vehicles. You love musical instruments and can’t get enough of your daddy’s banjo and guitar, as well as your drum set, your real and iPad xylophones and the bells that Uncle Pax gave you for your first birthday. You also like to sit at Grampy and Grammy’s piano and you very carefully touch the keys, reaching far in both directions and using both the black and the white keys. No wild banging on the keys for you; you already know that you are making music!

You love, love, love your doggies, and since you’ve been around them from day 1, you don’t have the slightest fear of them, even 90 pound Migo and Piper. You ride the black labs or use them as steps to get up on the couch, and you “give loves” to all of the dogs. You’ve also started “giving loves” to people, which means that you lay your head on our shoulders for a few seconds.

You are a fantastic eater, which is partly evidenced by the fact that you have gone from the 30% in weight to the 60% in the last few months (you also went from the 70% in height to the 90%). You will eat almost anything, although you really like bananas, chicken sausage, cheese and TOAST! You come running with squeals of delight when you hear the toaster pop – there is no way that we could eat a piece of toast in front of you without sharing. You also have special foods that you share with your grandparents – on Saturday mornings, you go over to Grampy and Grammys and have pancakes and sausage (and often M&M’s, much to your momma’s chagrin). At Grandpa Jim and Grandma Kitty’s house, you always get a taste of wine with dinner, after which you smack your lips and say “mmmm.” 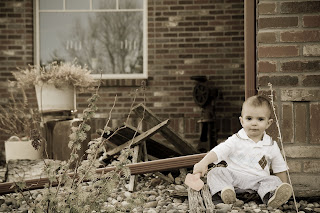 You are obsessed with the fans at Grandpa and Grandma’s house, and often the first thing you do when you walk in the door is run into their bedroom, and then to the exercise room, to see if those fans are turned on. They sort of scare and fascinate you at the same time. You are also obsessed with the outdoors, which we love. You are just figuring out how to open the back door at Grandpa and Grandma’s, although, amazingly, you haven’t gone through the dog doors at any of our houses. You would spend all day outside if you could, picking up rocks and bark, watching the dogs play, throwing your balls around, and generally just wandering around. When we first took you out on the grass a month ago, you could barely walk on the uneven surface. Now you are navigating through the rocks, over the cement and boulder borders, down little hills; you are unstoppable! 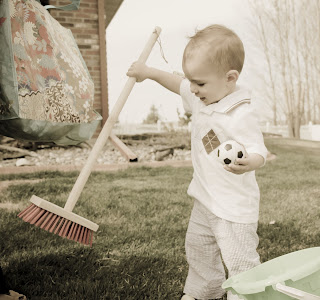 You are also pretty obsessed with cleaning supplies. We first discovered this when Laura would come over to clean, and you started stealing her broom and mop and wandering around the house with them. Maybe it was just the challenge of maneuvering around Grandpa and Grandma’s with those tall sticks, but you figured out pretty quickly that you could actually SWEEP with a broom, and then you discovered the joy of Swiffers. You now have your own Tito-sized brooms and your own Swiffer dusters at our house and at your grandparents’ house. You’re not the best at cleaning, but for a toddler, you’re not bad – when I’m wiping your tray after a meal, you grab the dish rag and wipe your tray, too. You will also take a towel and wipe off the couch or the floor if you spill on it, and you’re good at throwing garbage (especially the copious amount of Kleenex we’ve been using lately) in its proper place.

The other day, you were throwing a Kleenex into my bathroom garbage and you grabbed a discarded razor from it. Before I could stop you, you sliced your thumb and OH MY did it bleed profusely! I’m still finding blood around the house since it’s really hard to get a bandaid to stick to itty bitty fingers like yours. The silver lining in the cloud, at least for me, though, was the way you would occasionally look at your injured thumb over the next few days, remember the trauma, and your lower lip would quiver for a few seconds. An unbelievably cute lip quiver.

In spite of your gene pool, we keep getting comments on what a cute kid you are. Your big brown eyes are especially noticeable and at least once or twice a week, a clerk or fellow shopper in a store will comment about your big, brown eyes. Last week, it was a clerk in a grocery store, followed shortly by a crochety old lady in the dollar section of Target who insisted that her husband look at the “adorable bugger with the big eyes.” I’m pretty sure, since she said “adorable,” that she meant it as a compliment.

Mixed messages from strangers aside, we are always eager to compliment you. You are, for the most part, quick to obey and you don’t throw too many tantrums for not getting your way. It will be interesting to see how this plays out in your personality and character when you are older, but we sure enjoy you right now.

Keep being you, you adorable, big-eyed bugger, and may God continue to fill your heart with the laughter that makes our hearts so full as well.

All my love,
Your Momma 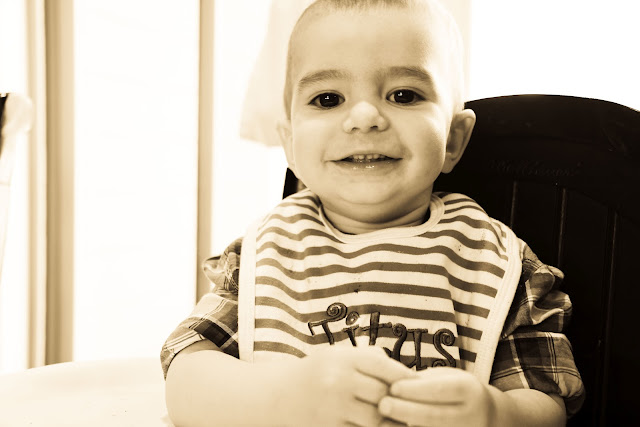 Amazing how time flies so fast.