One of the privileges of taking a summer off is that I have time to read the newspaper thoroughly while I drink my "morning" coffee (a latte made on the esperesso machine I'm just learning how to operate!).

Here are some of the items that I found interesting, and my response to them:
Finally, a cute/cool picture from the Billings Gazette. And, for those concerned for little Justin's well-being, the Gazette reported that he got back on the horse and finished his barrel race. 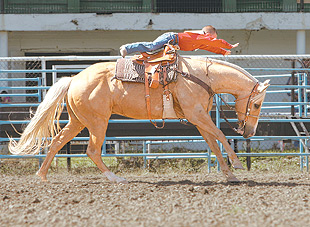