My Apologies to Edgar Allan Poe 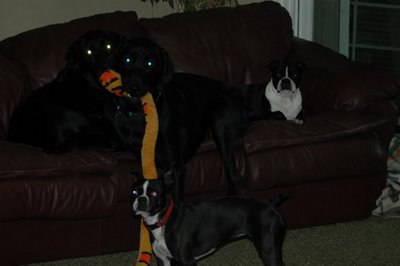 Ah distinctly I remember, there might have been a dying ember
In that fireplace’s chamber, had it been a colder evening.
Then Scrappy perked her ears alertly, as scratching sounded more overtly,
And we approached the stove covertly - wondering what it had in store
Tis true that Friday nights in Billings can often be a bore
But this one isn’t, nevermore. 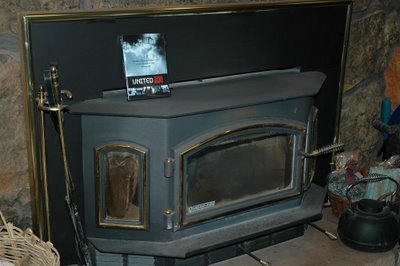 “Tis not a mouse, might be a kitty, or a bunny slightly gritty
They’re catlike eyes upon its brow,”
As we with flashlight inward peering, dimly discerned what we were hearing
Suddenly leapt back in stunned surprise, cried “Holy crap, it’s an owl!”
“Let’s call Bill Murray (phone is busy); Who’ll help us? Lewis Vowell?”
“Is it to late to call right now?” 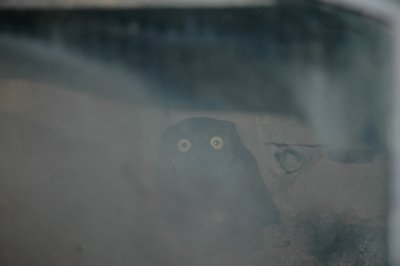 Hope it's OK I posted a link to this on my blog. Had to share the joy.

THANKS! And love ya,
Tara B.

PS
I'm also laughing over Chimp and Mooly. Hysterical. What a great way to head to bed.

Thanks for your ministry!