Presently my soul grew stronger; hesitating then no longer,
Called this deacon, “Truly your forgiveness I implore;
But the fact is there’s a scratching, and we’re sure it’s an owl rapping,
And not so faintly is it tapping, tapping at my fireplace door,
That we’re scarce sure what we should do - scared to open wide the door -
-A little birdy, nothing more.” 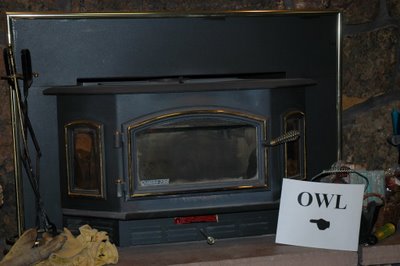 Into their car leapt Karen and Lew, and to JB Stetson flew,
While we prepared with gloves and blankets, for the show with much ado.
Not the least concern he showed; firmly toward the bird he strode;
With gloves adorned and towel in hand, opened wide the fireplace door.
That bird had hidden its little body, somewhere beyond the fireplace door.
Perched, and hidden, nothing more. 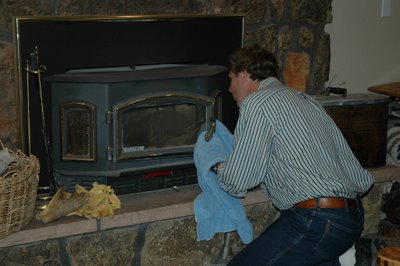 Then the owl-let, greatly flitting, and no longer quietly sitting,
Felt itself be captured, into hands that nabbed that raptor.
Then triumphantly he brought it, showed the women how he caught it,
And how carefully he brought it out the sliding glassy door,
Released it from its ashy-prison, to the night sky was restored
To be a captive - nevermore! 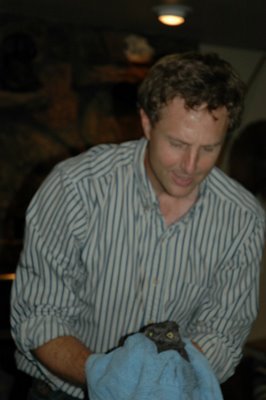 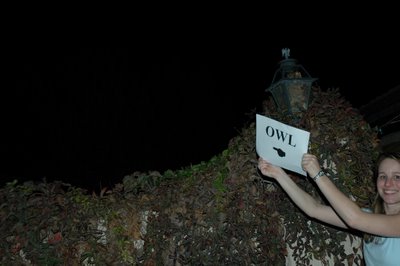 That is hilarious!
Captivating poetry, too.

Truth is almost stranger than fiction, in this case...but then, the owl didn't talk to you, did it?

Thank you; that made my evening!

What an exciting way to spend a Friday night! Right?

Molls, I love this! (Love you, too!)
Vanessa